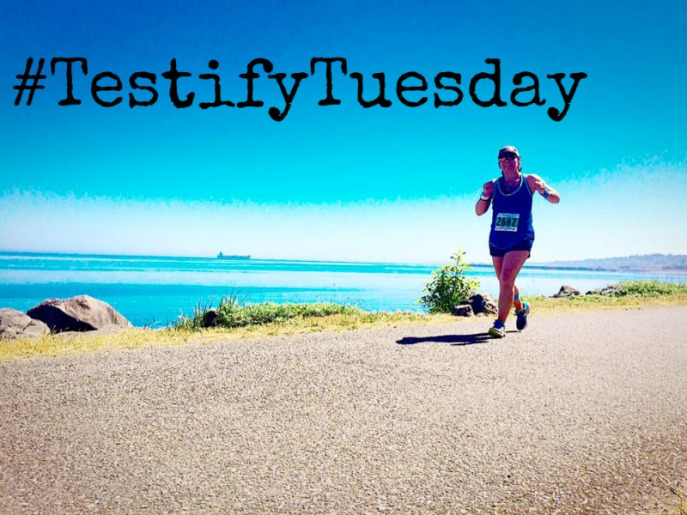 Val took a very very bad Couch to 5k Class, when my business was taking off, and we had some growing pains. I won’t go into details, but I screwed up and her expectations were not met. I learned my lesson, and she gave me another chance. I mention this only, because it speaks volumes into Val’s integrity and REalness. She is the kind of person I hope to be: A great friend, a well organized master mind of carpooling feats, and a strong runner. Val, thank you for giving me another chance, and for being such an amazing lady. And now she is the Runner of the Year!

Here is her story.

RUNNING THROUGH THE DARKNESS:

As I was getting ready to head out on yet another rainy, drizzly, cold run, I was thinking about how I got to be the kind of person who would even consider getting up at 5am, or running at night, or running 12 miles in the rain, or running 26.2 miles ever!

Running had always been something I enjoyed in small doses.  I ran track in high school – I was a sprinter (stop laughing!) mostly because the thought of running continuously for more than a minute or so seemed really unpleasant.  Over the years, my running habit had started and stopped many times, usually in conjunction with an upcoming 5k I had commited to.   But a few years ago, as I was about to turn 50, I realized that I really had to get a handle on my overall health…I needed to develop some consistent habits that would take me through the next few decades.  I signed up for a Running Evolution boot camp – 4 days a week, in the evenings and Saturday mornings, in the darkest, wettest part of the year.   And it was hard – but I stuck with it, and suddenly realized that I was actually getting stronger, and feeling like I was ready to think about re-starting my running  routine.  So I trained for a 10k, then a half marathon, then a marathon!< As my workouts and running got more consistent, the biggest  thing I realized was that by  being so active during the dark winter season, I had minimized that feeling of doom that typically settles in between November and April.  Something about getting outside in the dark, rainy weather (especially if my running buddies join me) seems to essentially flip winter off and minimize those negative feelings.   Don't get me wrong - I struggle as much as anyone to get out of bed when its dark and cold, but I remind myself how much better I will feel when I am done (and showered). Running is a metaphor for me.  As my distances increased I have come to realize that it isn't about the actual race...Its about committing to something, and then doing what it takes to accomplish it.  Its about taking things that are overwhelming (have you ever seen a week-by-week marathon training schedule?) and breaking it down in to smaller pieces.  Its about relying on others for support, and supporting them in return.  Its about being a role model for my kids - they see me get out there and realize how much of life is influenced by just showing up. 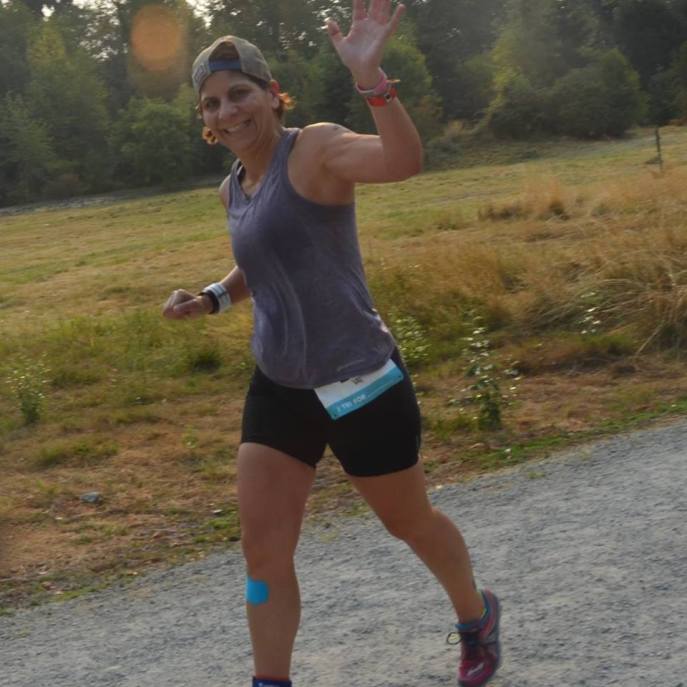 For me, its never going to be about speed – but I am looking forward to running a long-distance race when I’m 80, with all of my running peeps joining in!