Kelly is one of my #wingwomen. The thing about Kelly is she is REal, and it one of the most endearing things about her. But she is also fierce, strong and courageous. She has gone through tough times and I have seen her emerge the other side with a realness that is so comforting and lovely. And she’s a runner and proves one of my big points, life is hard, running is easy, you just have to run for yourself, which can be hard. Testify Kelly!! 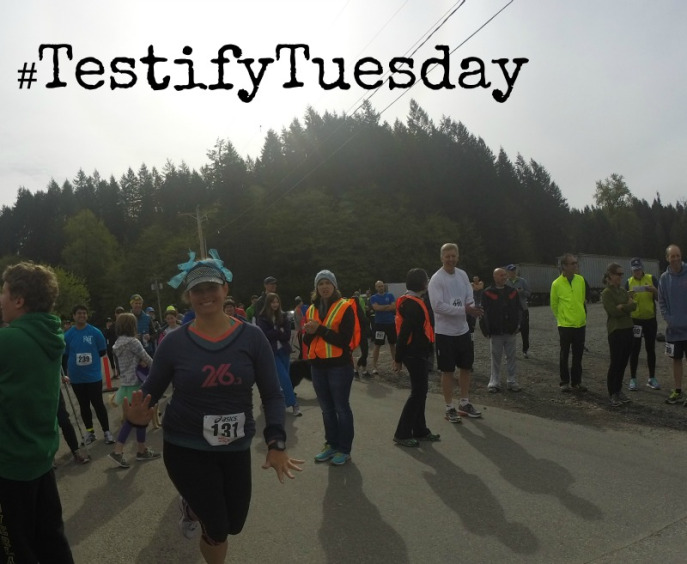 ” I wouldn’t be overstating things to say that running, and more specifically, Running Evolution changed my life. Ok, ok, I know, what’s not life-changing these days…. but just stick with me here. I met Beth after I had my second kid in two years. I saw her flyer for Mommy Caravan in a bakery (yeah, she knew how to advertise.) I read her bio and was hooked (she likes cake AND beer… this is a coach maybe I should get to know!). I had never had a coach before and the idea was slightly intimidating, but with the knowledge of her love of beer and cake, I decided to go for it. Well, she was as funny and snorty and amazing and REAL as my image of her was. I completed Mommy Caravan (basically a couch-to-5K with strollers) and was back running. I kept up with her by following her on the faceland, wanting to run with her again but not sure how to do it. I was intimidated by the idea of running more than 5 or 6 miles…. 1/2 marathon training? That sounded crazy. There was no way I could keep up with other runners I thought. There was no way I could run that far. My kids got a little bigger, I kept listening to Beth’s idea that I could do it, and one day I decided to extend my run and try for 8 miles to see if I could do it. If I could do that, maybe the idea of signing up for 1/2 marathon training wouldn’t seem so nutso. Well, spoiler alert. I did it. And then I had the confidence to sign up for her 1/2 marathon training. I ran the Rock n’ Roll 1/2 in 2011 and was hooked. I have run with many of Beth’s 1/2 groups, run over a dozen 1/2 marathons, done Ragnar and Mt. Si relay races with Running Evolution ladies, and have now completed two full marathons, and am preparing to complete my 3rd in a few weeks.

Running helps me deal with my emotions and “big feelings.” It helped me (along with a lot of therapy, some medication, and many amazing friends) survive a difficult divorce (is there any other kind?) and navigating single parenthood and dating post-divorce. Throughout life changes with many ups and downs, running has been a constant, a positive force in my life (even when I’m having a bad run).

Running is amazing, but the benefit I never expected is that I’ve met some of the most incredible people through running and the RE Community. She attracts amazing women (and a few men). Some of my best friends are those I’ve met through RE. You’ve got to have some way to pass the time during those long runs, you might as well be sociable! Running helps with my mental health as well. One of the best things I’ve ever done for myself was to sign up for that stroller couch to 5k. I am so incredibly grateful that I did. I love running, but I love Beth Baker and the ladies (and a few men) of RE even more. “