Evel Knevel was a womanizer, scoundrel, a ego maniac, and a all american, grade A jerk. But I am obsessed by him. He started off being a salesman for a motorcycles company. He thought making a spectacle jumps over cars, would sell more motorcycles. He was right.

He did it for the show. He put himself and body out there. He jumped huge lines of cars and believed he could do it, and make it. Sometimes he did!  And all those other times, he just got back up and did it again. Sometimes after a stay in the hospital. All while wearing a cape and having whole lot of style.

I struggle with taking leaps. Leaping for the sake of the show, believing that I can, even in a shadow of failure. I struggle getting back up and doing it again, without beating myself up. and putting myself out there. I am getting better, and know it’s a process.

In Evel, I see passion in knowing that anything is possible. Anything IS possible, it’s just a matter of knowing how many cars you can leap over in one go. 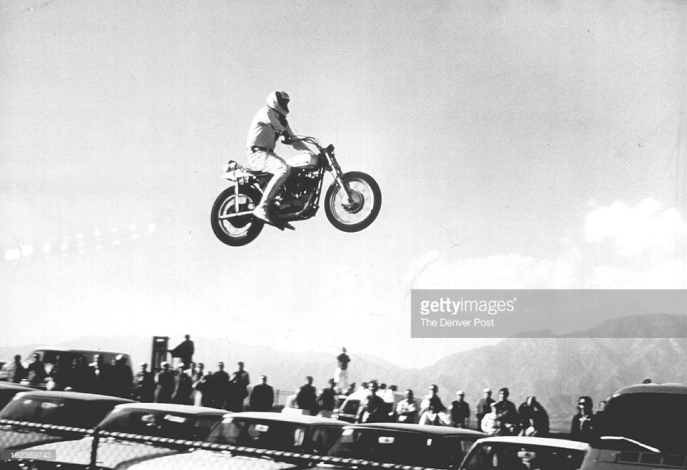