If you have ever met Michele, you would no doubt say that she is dedicated. Dedicated mom, dedicated runner and a dedicated friend. She came to me a few years ago with a passion to get back into running. She started on a 5k and never looked back. She has the determination of a bullet. Here is her story. 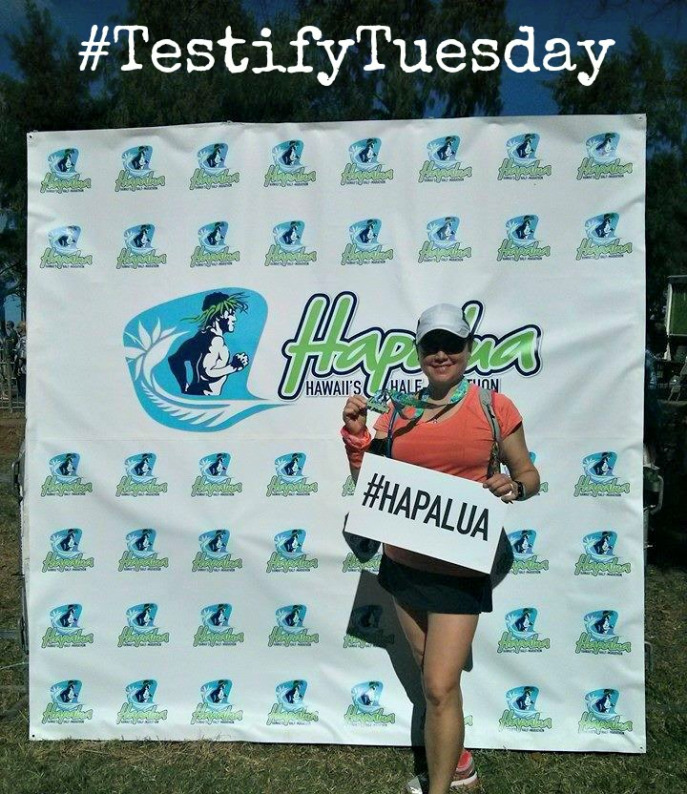 I had my first baby when I turned 40. I was able to stay fairly active walking around the neighborhood with my baby in our new cool stroller but after the second child was born two and a half years later, things got tough. Number two didn’t sleep through the night for 21 months.  I couldn’t get to the gym. I couldn’t even muster enough energy to jump on the elliptical at home or get outside to walk in my now double stroller. I relied on caffeine & chocolate to survive those days.

Somewhere in those years of toddler/baby bliss I had forgotten to take care of myself. Like so many moms I gave almost all my time, energy and body to my kids. At age 46, I realized as time was whizzing by that turning 50 was around the corner. How did I want to meet 50? I imagined myself healthy, vibrant and ready to take on another 10 years of parenting and more. I imagined my body being strong and in better shape than ever. When my second child turned four, I weighed the same as I did at the end of my second pregnancy and I knew I couldn’t blame it on the baby anymore.  I joined a boot camp kick starting my road to fitness and it was through my boot camp owner/trainer Sara Dean Sutherland that I first heard the name, Beth Baker. Sara was training for a half marathon with Beth and it was through her that I found my way to Beth’s website. I was curious. In boot camp sometimes we would run a few laps to warm up. I just wanted to run more. My legs felt good under me. I didn’t want to stop.

The truth is I used to run as a kid. For about 2 years I ran with my family. We lived in Hawaii and my parents were part of the running boom that swept America in the 1970s. Besides a few 10ks and maybe one half marathon, my parents, my brother and I trained for 3 months for the Honolulu Marathon in 1978. I was 13. Even though I don’t remember wanting to run much after that it must have stayed in my blood. There must have been some muscle memory. 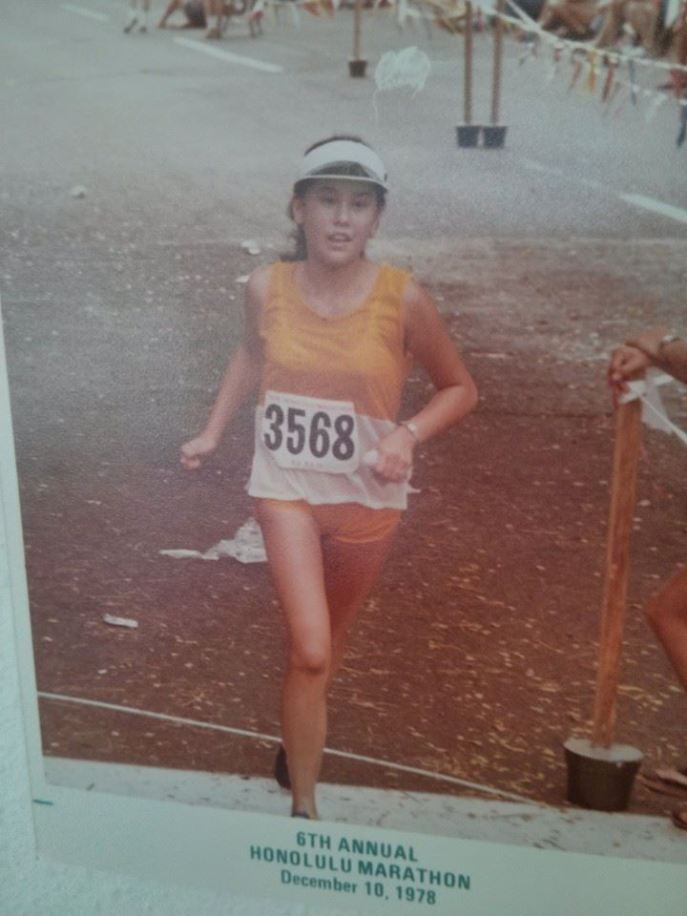 Fast forward to August 2013, I had not run in over 30 years. Beth was offering training for the Women of Wonder 5K Race. What have I got to lose? I was afraid and excited at the same time. My husband said I had no business running because I had had back surgery 3 times for herniated discs. It is true that my doctor called me a ticking time bomb and he offered to fuse my lumbar spine. I was 36 at the time and said, No thank-you! But this was all pre-kids and Hey, I thought, I survived pregnancy and the birth of my babies.

I decided to sign up for training and then I decided to show up. Feeling painfully self conscious and out of breath, I wondered how I was going to be able to make it all the way around Greenlake which is about 5k. I really hoped someone would pick me up off the ground and call 911 when I collapsed from the heart palpitations I was having. At the end of that first run, all the runners made a tunnel of arms to welcome each runner back. I really loved the camaraderie and support I felt that day. There was no judgment and no time clock. I followed the schedule she gave us, not perfectly but as the days led up to the race, going out for a run was not such an intimidating thought as it had been. I didn’t want to be seen, huffing and puffing down the street. I put on my earphones and it was just me and my tunes. The time in my head cleared my mind and everyday seemed brighter after a run. My kids didn’t stress me out or maybe they did but I was too happy to notice.

The race was only a few days away when the realization came that I was going to be able to do this thing which Beth had always said was possible. I was running around Greenlake and imagined myself on race day and I knew I was going to make it. Tears were flowing down my face. I WAS making it. I had already made it! It wasn’t really about the race. It was the journey I had made from not being a runner to being able to run 3 whole miles! It was the journey from being afraid to get out there in front of people, a lot of people, to knowing that it would OK and that no one had the right to judge me.

Then I did a crazy thing and signed up for the Seawheeze Half Marathon the following August. It felt crazy because I had not even run a 10k at that point. How could I do it? I knew with Beth Baker and her wonderful community of runners that I would find a way. That dream would be mine. Even when I doubted myself along the way, she never did. With my plan in hand, I ran as much as I could and Beth introduced me to all these amazing runners and running locales around Seattle that I never could have found on my own.

The Half Marathon Training class ended just before the Seattle Rock and Roll Half Marathon 2014 so I ran that. See Jane Run Half followed naturally in July. Seawheeze in August made three. How crazy I thought it would be to try to run a half marathon a month for year with a few 5ks sprinkled in there. After 13 months and 13 half marathons, I was done with my Year of Halfs. I did what I had set out to do. It was hard but I learned so much. I jumped on another dream, running Ragnar NWP in 2015 which took me out of my comfort zone in ways I didn’t expect. I can’t wait for next year.

My re-found love of running has taught me so many things about myself as a person in the last two plus years. I have logged almost thirty races in that time. I have met 50 now and I am excited to celebrate this new decade (and new age group) with my goal of running a full marathon in 2016.

I am thankful for all the runners I have met through Beth and Running Evolution. They are a constant inspiration to me. I am so grateful for support of this amazing running community. I look forward to more happy days on the road and I hope that they will be with you! “