Deb is amazing. She showed up, kept at it, and created a community around her. Her journey has been amazing to watch and inspirational to so many. I was there just at the begging, she has carried herself the rest of the way!  Here is her story. 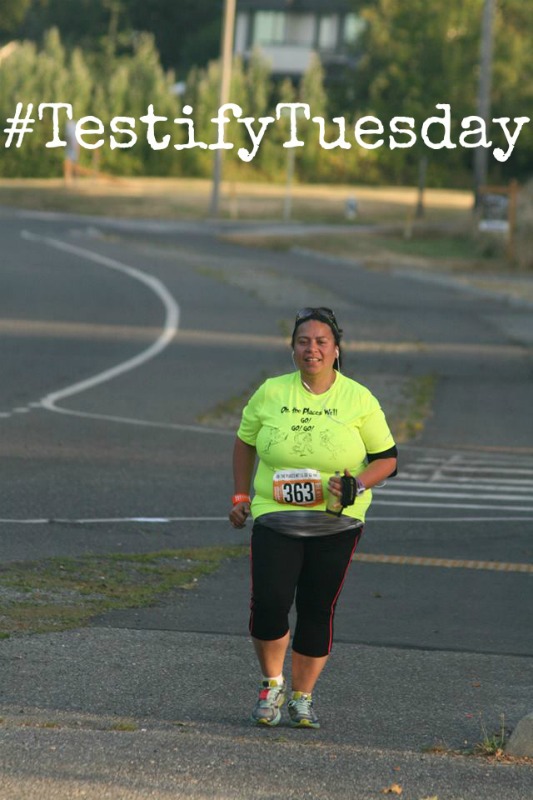 From Couch to Marathoner

In 2013 my Valentine’s gift was a groupon for a Couch to 5K class scheduled to start 2 days later at Greenlake. At that time I was in pretty bad shape, after having 2 babies almost back to back and in my 40’s, resulting in a considerable weight gain.  I was about 80lbs above a healthy weight range and everything hurt, all the time.

In the beginning I was very embarrassed of being seeing in public while trying to run. I was sure people would point and laugh.  And to run five kilometers, who was I kidding?  I had a hard time climbing the 18 steps at my house to go from the living room to the baby’s room.  There were times I would go to the lobby of my building and take the elevator to the second floor, just to avoid the stairs.

The RE C25K class was awesome, our coach, Beth, was warm and welcoming and the other students seemed to be mostly new to running as well.  We talked about what to expect from the 4 weeks ahead and off we went. I quickly dropped to the back of the pack and I was having a really hard time to breathe. We attempted to run/jog about 0.5 mile.  I felt like I was going to die, my legs were two cement blocks, it was cold and I wanted to forget the entire thing and go home. Regardless, I stayed and kept coming back. I liked how the classes made me feel. I even tried to do the “homework”, which involved running outside…on my own!

I’ve always wanted to run but in my mind I was the antithesis of a runner: short and round, not graceful, not fast.  One look at me and you would know that I was not at my element but I was enjoying myself and looking forward to the next run. We also learned about what to eat, the importance of proper gear, good shoes, how to prepare to run in the cold/wet Seattle weather.  I honestly think that understanding all those things allowed me stay committed.  Beth was knowledgeable, fun and not intimidating at all.  She made me feel at ease.  She would run with each one of us and ask about our goals.  She would get to know us, encourage us, and always validated our efforts.  I couldn’t have built the courage to keep going without that kind of support. I loved how I felt after each class:  strong, powerful, happy and so proud that, albeit slowly, I was improving.

I finished the C25K class and enrolled on the Earth 5K and I finished it!!!  I came back in the spring for a second round of C25K!   The main reason I agreed to the February class was because it was dark and raining and no one would see me huffing and puffing around Greenlake, sweating like crazy barely able to talk.  In the spring, however; there were lots more people around but I didn’t care.  I was doing my thing and for the record, no one ever pointed or laughed.

In June I signed up to Beth’s 10K class and what a thrill it was to run my first 5 miles EVER! I never thought I could run five miles.  I met amazing people through Running Evolution, many have become close friends.  The C25K classes changed everything for me.  It gave me the confidence, the knowledge, and the support I needed.  This was 2013, since then I have done several 5K, 10Ks, and Half Marathons.  I became a Half Fanatic (HF#5333) in the fall and finished approximately 15 Half Marathons to date. In 2014 I did RAGNAR NPW and I was the 17 minute pacer for the Biggest Loser Race in Everett!   My biggest supporters are my husband and kids, they are always at the finish line and the boys, ages 4 and 5, have crossed many with me.

Now, running on my own is the norm.  I have to make time to run. I take my running gear on every vacation and have had the pleasure to run in Brazil, Paris and Toronto.  Anywhere we have been in the past 2 years I went on a run.  I got brave enough to join other running groups and decided that in 2015 I would do a Full Marathon, to celebrate turning 45.   So, on Sunday 10/5 I became a marathoner!!!  What an amazing feeling.  Running has changed everything, it has shown me that I am stronger than I ever gave myself credit for but no doubt the best part it has connected me with an amazing, crazy, awesome group of people that I am proud to call friends.  My most sincere thanks to Beth for showing me the way!!!! 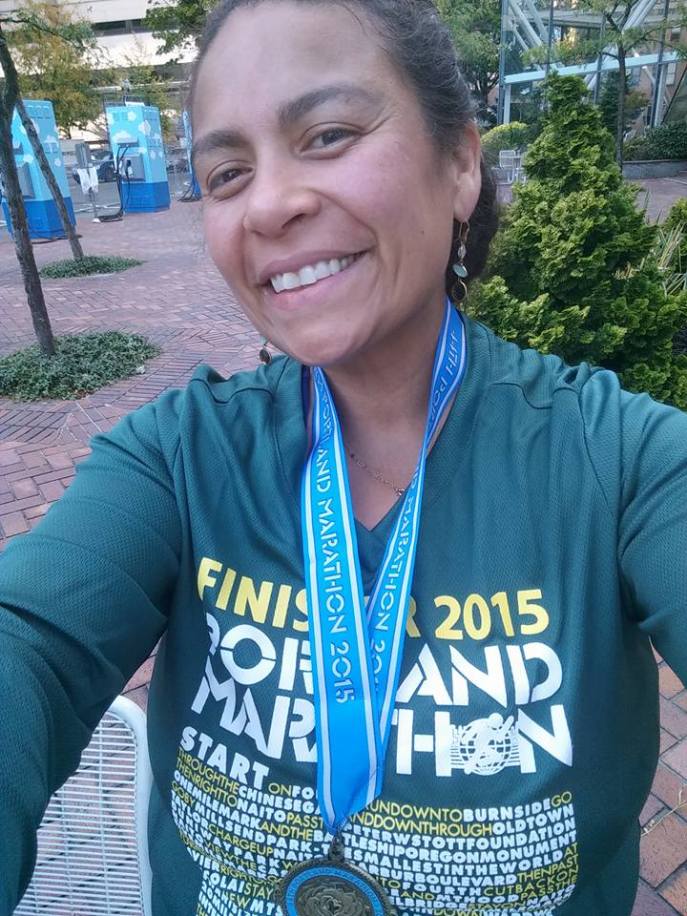