So excited to tell you about these awesome runners. What is it? Runners who supportive, run races, at all levels, who run for Running Evolution! We’ll be posting them all day, and blogging about them all week!! Watch for it and cheer them on!!! announcing 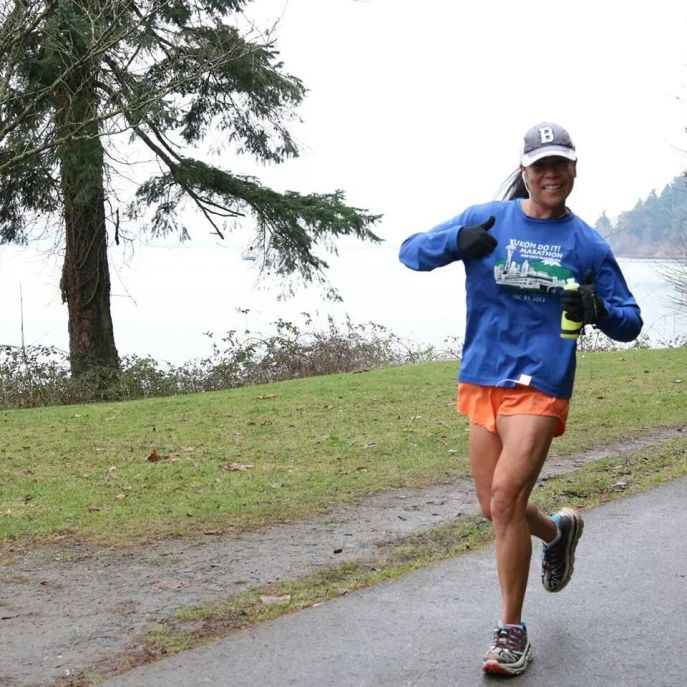 Maria has been coaching for RE since 2013 and has been part of the RE family since 2007. She has run numerous marathons, half marathons and has dabbled in ultras. She has never won or come in last.

Speaking of dabbling, mountaineering is in her top favorite things in life (Mr. Millsap, Gio, her 22yo son, cake and Funyuns are also on that list). Ask her about her summits of Rainier, Baker, Adams and other local not so famous peaks and you’ll never get her to shut up. Ask her on a really long run. Maria considers herself a student of the outdoors, still a lot to learn, much more wisdom and a ton of gear to acquire. Oh, so much gear.

Maria is super excited to be part of Team Evolve to cheer on the members and their accomplishments and to help spread the word about how awesome running is…most of the times. Hey, she’s just being honest.

Let’s kick-off Team Evolve with one of her favorite quotes: “To begin, begin.”

Let’s get this party started, shall we?

Check on us over on  @teamrunevolve