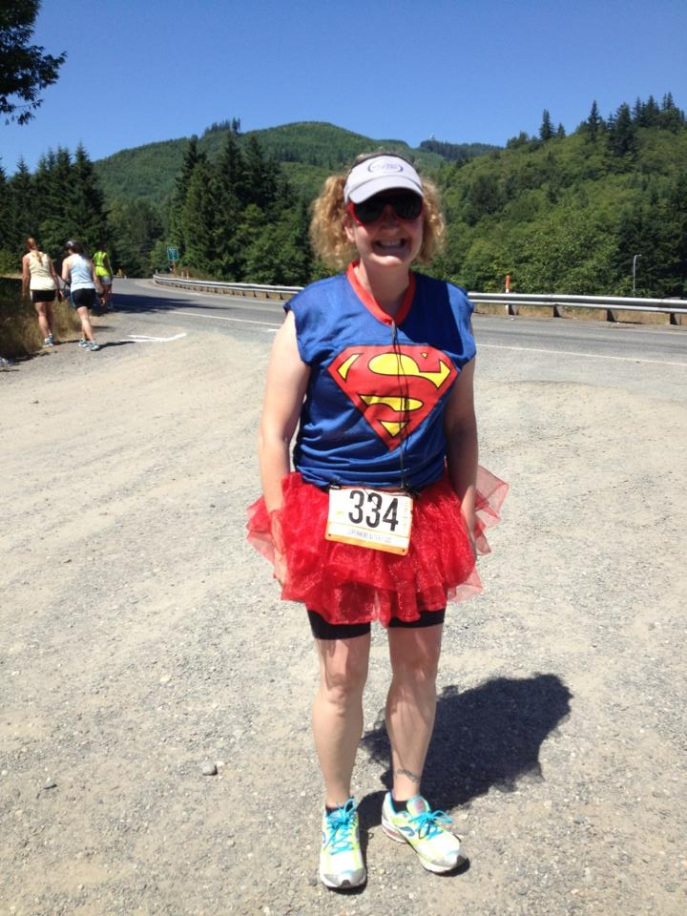 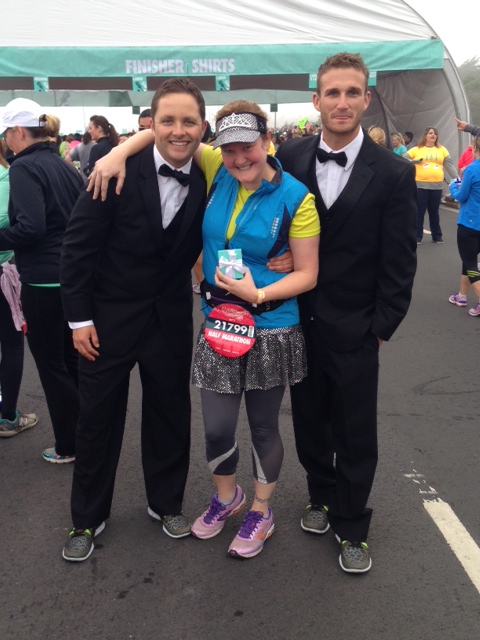 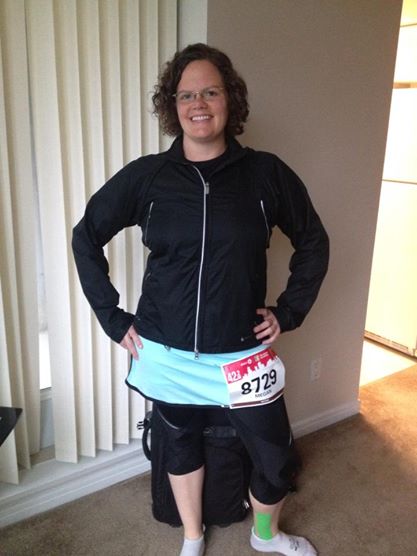 I started running nearly eight years ago for the same reason that many people do…in the hopes of losing weight and getting healthy. Running was not a natural choice for me. I was the kid who would find any excuse to get out of running in high school PE class. However, as running didn’t require fancy equipment or an expensive gym membership, I hit the pavement.

The first few ‘runs’ were miserable, but even through the discomfort, I quickly began to notice the difference in how I felt.  Before I knew it, I was hooked.

Since that first awkward run, I have completed 5 full and a handful of half marathons. One of my favorite running memories is coming in dead last at a half marathon in France. The firemen in the sweep car followed behind me the entire way. When I crossed the finish line an elderly gentleman gave me flowers and congratulated me on finishing.

Running is about more than miles, negative splits, and PRs.  It is about friendship, laughter, strength, power, self-confidence, FUN….and post-run pastries. Running taught me to admire my body for what it can do and not judge it for what it looks like. I continue to run because of the incredibly awesome community of runners in this great city who inspire me daily.

The best piece of advice I can give to a new runner is to quiet the inner critic and enjoy the run, no matter how far or how fast.  Just keep moving forward!

I look forward to sharing many miles with everyone. 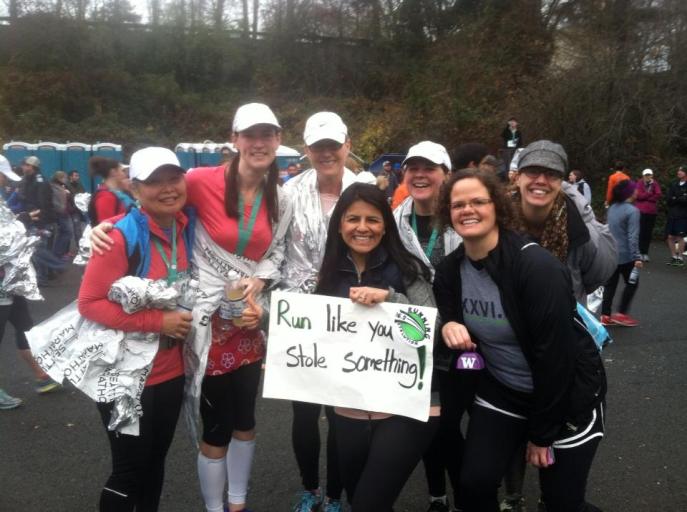 ***Side note from Beth: This girl has an amazing power to support. She is the most amazing cheerer, tow truck, sign holder and all around supporter. Unselfishly and Unconditionally.  Thank You Megan! 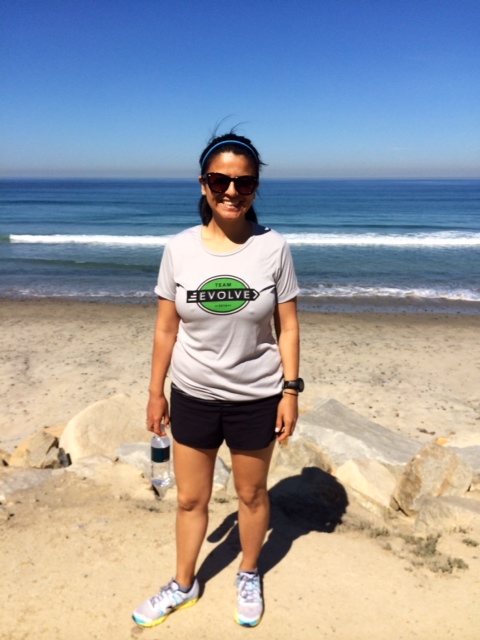 I started running to make the cardio segment of my cross training classes a little less painful. A little running lead to a huge goal of running a half marathon. What should have taken 12-13 weeks of training took 5years to accomplish. Poor training, couple with injuries made that goal almost impossible to reach. Finally in 2012 I ran my first half marathon and never looked back. With several half marathons under my belt I decided to tackle a full marathon and in 2013 with the help of Running Evolution I accomplished what at the time seem like an impossible goal. Training for a full marathon and pushing myself beyond what I could imagine was exhilarating and life changing. Today I can’t imagine my life without running. Running hands down is my anchor, my happy place. As I enter in my third year of running, I can’t wait to see what new adventures this year will bring.<

All I wanted to do is run a 5k. Running has become a focal point in my life for stress relief, connecting with amazing people and making friends. My goal is to finish 2014 with 15 months of consecutive half marathons run. 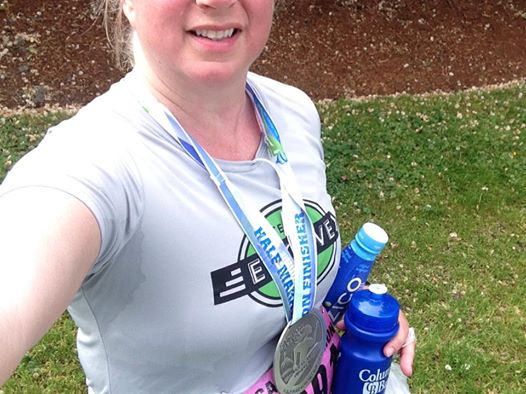 Who knows what goal will be next? 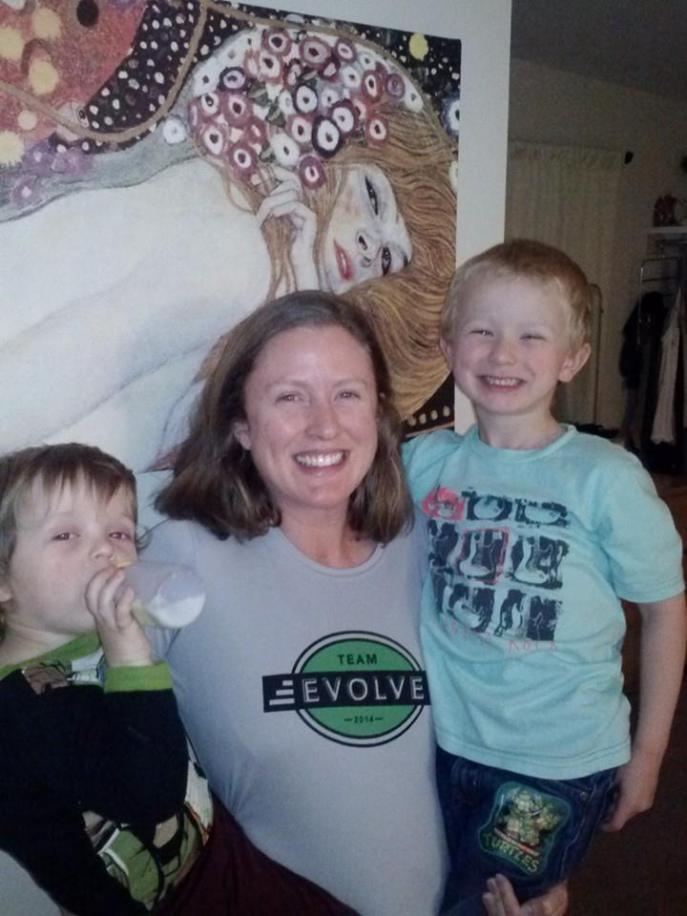 Mother runner: I have been running since I was a kid (as seen below). After having my kids, I started running again. First Marathon completed this May 2014, woot woot! Running helps me feel normal, happy, and centered. Running with Running Evolution has helped me reach my goals and have so much damn FUN!

See you out there! 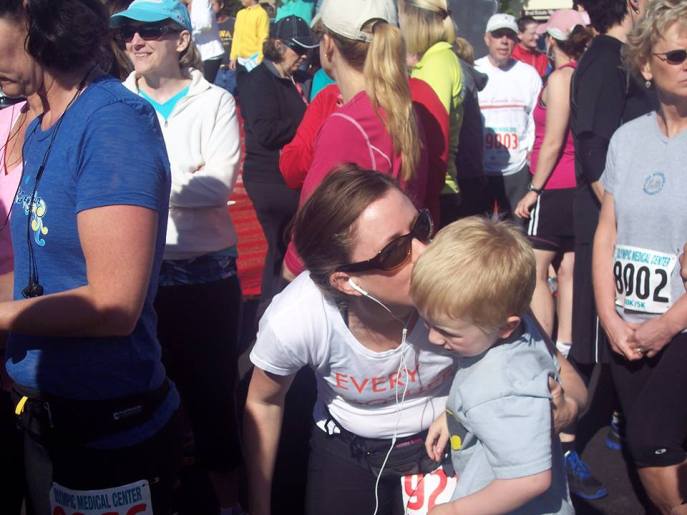 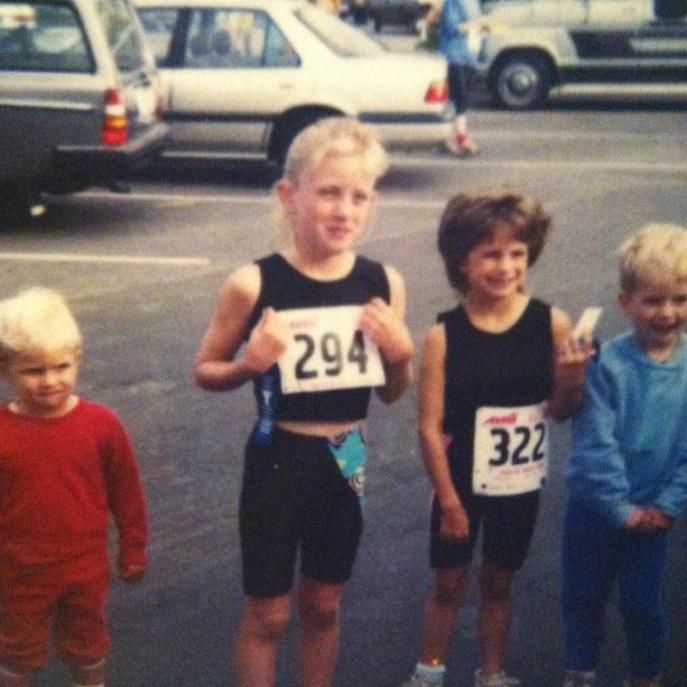 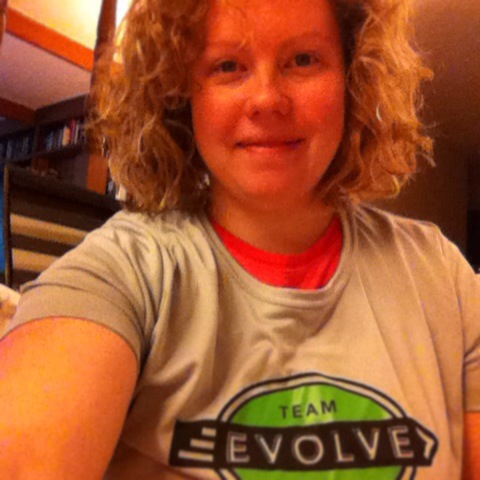 My name is Rachel Ostrander. I am a 30 year old beginner runner and PROUD to say so. I started running last year because I wanted to be ridiculously thin. I CONTINUED running when I realized it was fun after I stopped comparing my 14 minute miles to everybody else’s times, and instead enjoyed the scenery (I love taking photos).

I also kept running to be a model of good health for my wonderful daughter and supportive husband(I love you both so much).

My superpower is my heart. I want to be there for hesitant new runners who are embarrassed to run in public, concerned about what their breathing sounds like, how fast their miles are..or want a slower pacer so they don’t feel alone….I am here for you just as you are! 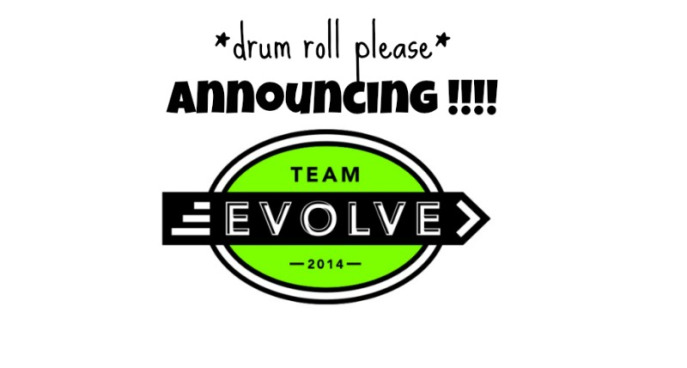 So excited to tell you about these awesome runners. What is it? Runners who supportive, run races, at all levels, who run for Running Evolution! We’ll be posting them all day, and blogging about them all week!! Watch for it and cheer them on!!! announcing

Maria has been coaching for RE since 2013 and has been part of the RE family since 2007. She has run numerous marathons, half marathons and has dabbled in ultras. She has never won or come in last.

Speaking of dabbling, mountaineering is in her top favorite things in life (Mr. Millsap, Gio, her 22yo son, cake and Funyuns are also on that list). Ask her about her summits of Rainier, Baker, Adams and other local not so famous peaks and you’ll never get her to shut up. Ask her on a really long run. Maria considers herself a student of the outdoors, still a lot to learn, much more wisdom and a ton of gear to acquire. Oh, so much gear.

Maria is super excited to be part of Team Evolve to cheer on the members and their accomplishments and to help spread the word about how awesome running is…most of the times. Hey, she’s just being honest.

Let’s kick-off Team Evolve with one of her favorite quotes: “To begin, begin.”

Let’s get this party started, shall we?

Check on us over on  @teamrunevolve